Women In Engineering: Working Behind the Scenes on NASA’s EPFD Program 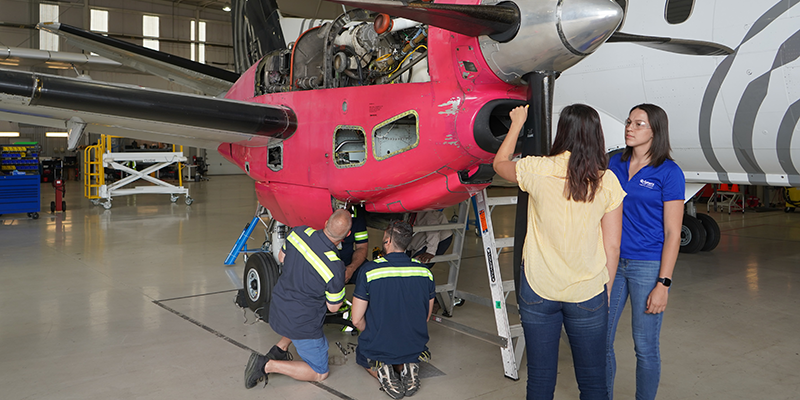 Meet four women working behind the scenes on NASA’s Electrified Powertrain Flight Demonstration (EPFD) program and learn about how they are advancing the future of flight.

The program aims to show how hybrid electric propulsion can be a real solution for more sustainable commercial flight. It is also a great example of the rising representation of women in engineering. At Aurora, women lead multiple EPFD program teams including systems engineering, controls & accessories, and integration & test, with strong female representation within the teams as well.

Meet four women working behind the scenes on EPFD and hear about what it’s like to collaborate on a program where women are making a difference in the future of flight.

Paula Giunta serves as the project manager for EPFD and also leads the program’s integration & test team. In her dual role, she works with numerous people across the program to coordinate the various system integrations and tests to be performed onboard the aircraft.

“The increased representation of women on the EPFD program is very exciting,” said Paula. “Usually there are one or two other women on a program, but here we are a significant part of the team, and the diverse skillset we bring is impressive. On EPFD, we are testing technology for future aircraft, so, essentially, we get to be a part of that future.”

Paula enjoys working with Aurora’s flight operations team through the company’s incremental build and test process. The first phase of testing will establish a baseline of aircraft performance in its standard state. This baseline will then be used for comparison as the aircraft is modified and tested with GE’s hybrid electric propulsion system.

Once baseline testing is complete, the team will introduce new components and instrumentation incrementally over subsequent test phases while maintaining airworthiness and ensuring the aircraft is safe to fly. For example, the outer mold lines (OML) of the nacelle will change slightly to accommodate the hybrid-electric engine. This is a visually small change that can make a big impact on aircraft performance, so the phased test plan includes changing one of the two engines and nacelles.

Julie Cisco is an airframe and powerplant (A&P) mechanic with Aurora Flight Sciences. She also has an inspection authorization certification, which means she signs off on annual maintenance, aircraft modifications, and repairs. In this role, Julie uses an aircraft’s flight time in addition to calendar time to track when maintenance is due and make sure that active aircraft meet industry and manufacturer maintenance requirements.

The Saab 340 that serves as the basis of the electrified powertrain flight demonstrator has special significance for Julie. Early in her career, she was a flight attendant for a regional airline flying the Saab 340, and, after completing aircraft mechanic school, Julie returned to that same airline and aircraft for her first job as a mechanic. She’s been at Aurora for three years now and is excited to work with the Saab once again.

“It’s really cool and unique to put a hybrid electric engine on a turboprop plane that’s almost as old as I am,” she said. “It’s a great way to prove out technology, and I’ve really missed working on this aircraft.”

Julie also assists in training personnel on the do’s and don’ts of working on the EPFD aircraft, including basic aircraft operation, areas to stay clear, and proper safety protocols for working on what will be a highly energized system.

Paige Cutright, a structures design and payload engineer, started working on EPFD even before the program officially kicked off. She laid out the datum file for the master coordinate system and then worked on the fuselage and the nacelle.

Today, Paige is focused on structural modifications in the wing leading edge. Because the aircraft will be converted to a hybrid electric powertrain, modifications are necessary to accommodate additional wiring between the fuselage and the nacelle at the forward part of the wing. It’s a relatively small space to be retrofitted, which is part of the challenge but also what makes the program interesting.

“This is a new problem to solve. Basically, we are taking something that already exists, changing it into something significantly different, and making it work again.”

When it comes to the EPFD program team, Paige was a bit surprised by the significance of working on a team with a higher percentage of women. “I never really noticed being the only woman on other programs, but, with EPFD, it’s nice to see women outnumbering men in our meetings. It’s also great to be able to call a team leader and it’s a woman, like Laura Gibbs who is the structures lead on the nacelle. I didn’t expect it, but it really does make a difference in career morale.”

Eve George is the mass properties engineer, aka the ‘weight engineer,’ for the EPFD program. She keeps track of the vehicle weight and center of gravity as it progresses through structural and powertrain modifications. Weight is critical for many reasons. Not only do all aircraft have maximum takeoff weight limitations, but weight is also directly related to the amount of flight time that is possible for EPFD test flights. As a hybrid-electric system, the EPFD powertrain will use both batteries and fuel, and there is a precise balance between aircraft weight and the amount of fuel it can carry.

For EPFD, the team is modifying an existing aircraft with a set baseline weight and integrating new components such as engines, batteries, wiring, instrumentation, and related structural components. Eve manages a weight database that started with information from the original aircraft. She updates the information with estimated weights of components in the development plan and with actual data from every part that goes on or off the aircraft.

“EPFD merges an existing aircraft with new technology, which is a unique challenge, especially from a weight perspective,” said Eve. “When designing an aircraft from scratch, there’s a lot of flexibility. Now, we are working both with constraints that were set decades ago and with innovative new technology from GE. It’s a bit of reverse engineering in addition to developing new components.”

Interested in joining the Aurora team to work on this and other exciting programs? Learn more at careers.aurora.aero. 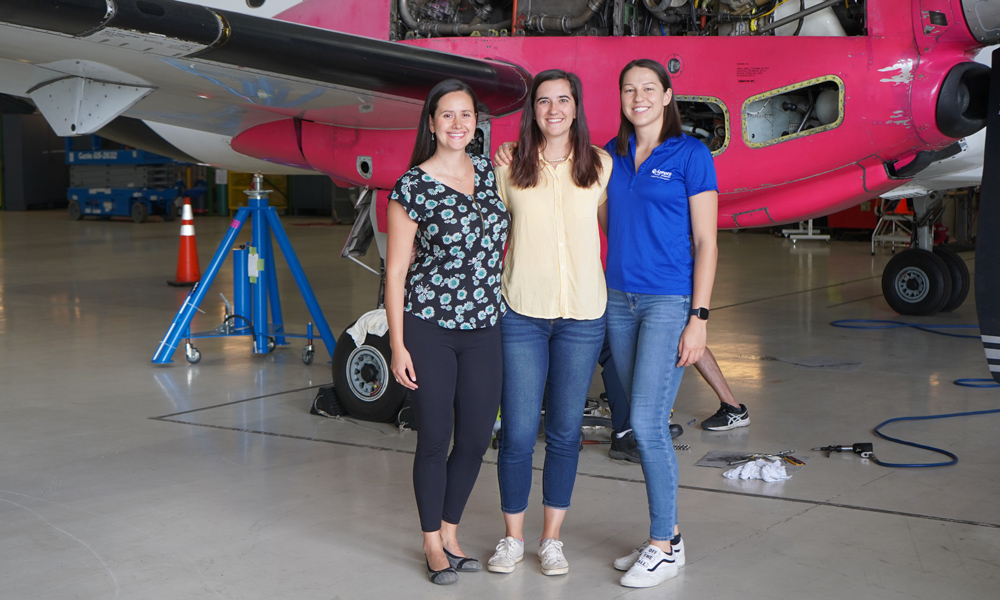 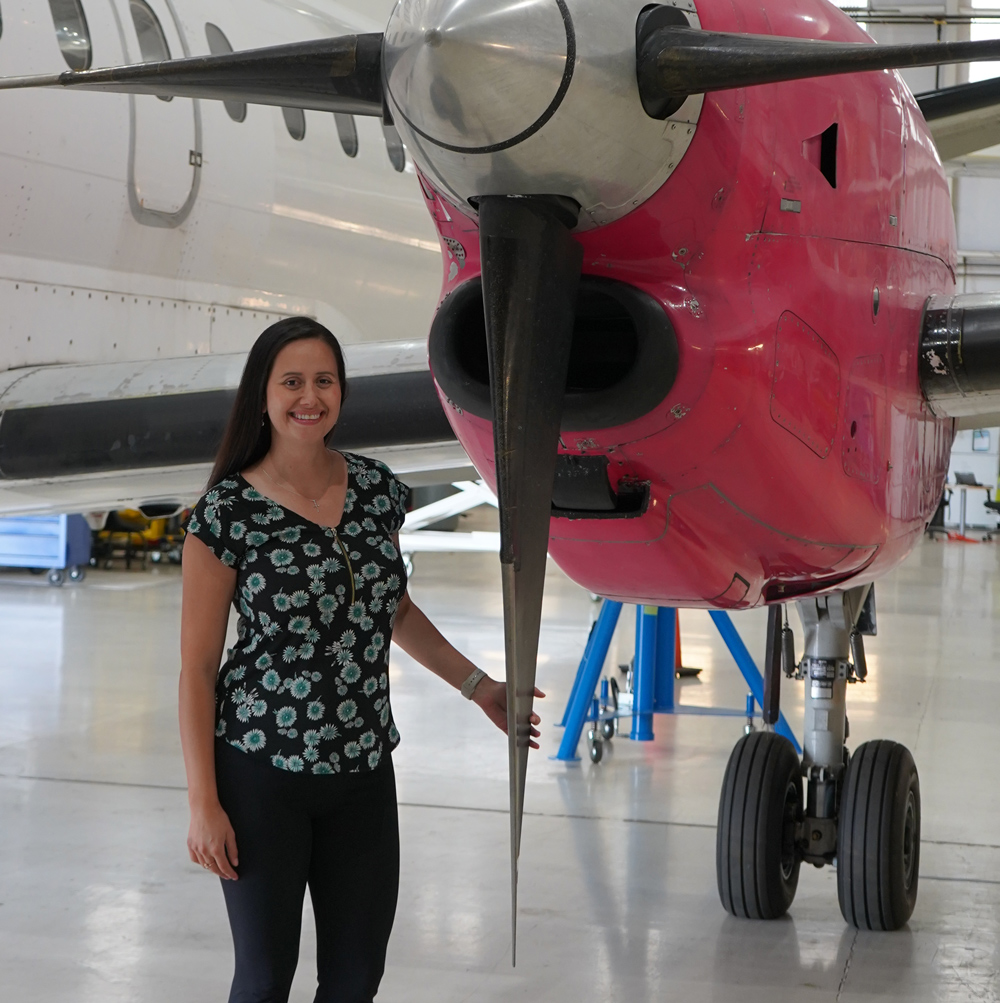 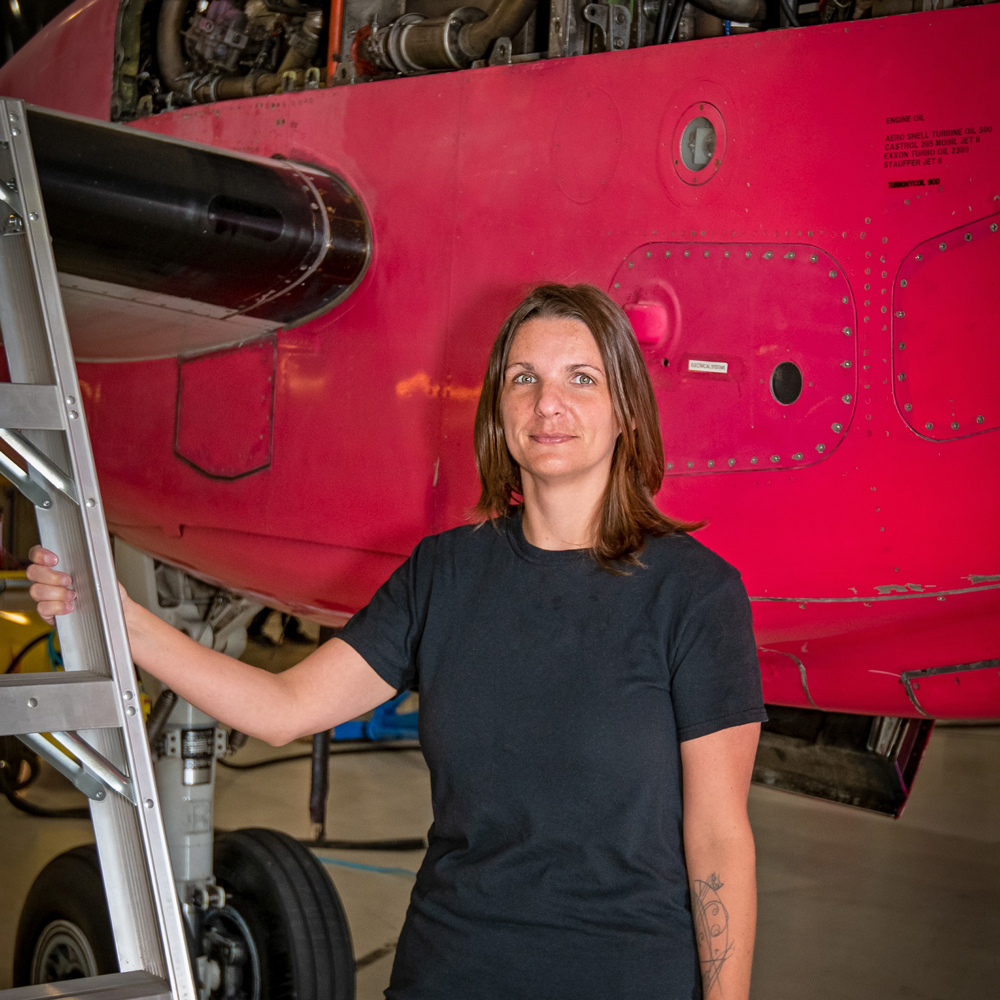 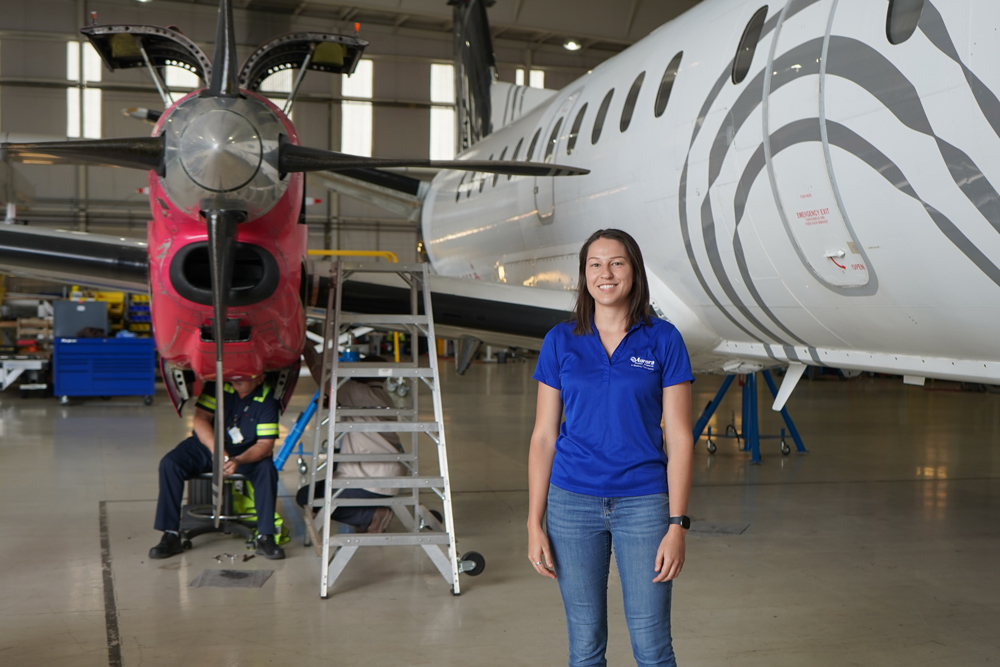