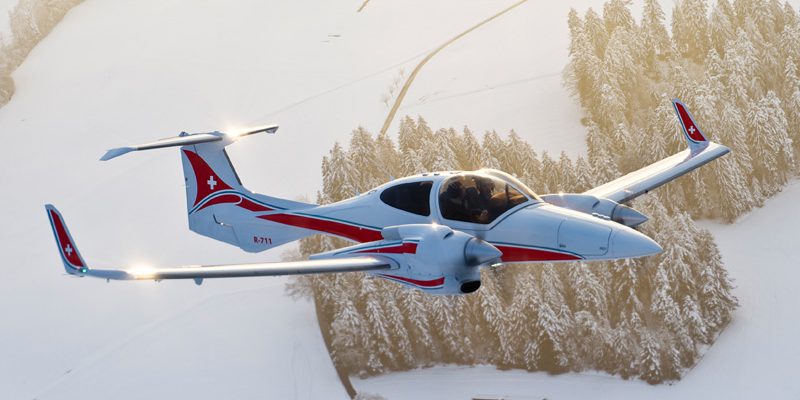 LUZERN, Switzerland, March 3, 2021 — Aurora Flight Sciences, a Boeing Company, today announced the international sale of its Centaur OPA system to armasuisse, the procurement agency of the Swiss military. The purchase follows operational and developmental testing by armasuisse through a previous lease agreement.

“Centaur is an ideal platform for the evaluation of airborne sensors and the development of a sense and avoid system for drones,” said Roland Ledermann, armasuisse unmanned aircraft systems (UAS) program manager. “After eight years of operation, the purchase of Centaur will further increase the flexibility of its use; armasuisse is very pleased about this.”

“This milestone results from a successful and long-standing collaboration with armasuisse and the Swiss industry,” said Dr. Michael Haidinger, President, Boeing Germany, Switzerland and Central & Eastern Europe. “Aurora Flight Sciences is at the forefront of aerospace innovation and we are proud to support Switzerland in its unmanned aircraft operations.”

Centaur supports three modes of operation via piloted, unpiloted, and hybrid options. Within the unpiloted mode, the aircraft is autonomous from before takeoff to after landing, including remote taxi operations. Hybrid mode allows control from the ground with a safety pilot onboard the aircraft to facilitate testing.

“It has been an honor to serve armasuisse in the exploration of advances in autonomy with support from Aurora Swiss Aerospace, our local subsidiary,” said Per Beith, Aurora President and CEO. “Centaur is a highly productive platform for conducting research and development in rapid succession. We look forward to our continued partnership.”

Aurora Flight Sciences, a Boeing Company, specializes in creating advanced aircraft through the development of versatile and intuitive autonomous systems, in addition to advanced composite manufacturing. Operating at the intersection of technology and robotic aviation, Aurora leverages the power of autonomy to make piloted and unpiloted flight safer and more efficient. For more information, visit www.aurora.aero.

About Aurora Swiss Aerospace GmbH
Aurora Swiss Aerospace GmbH is a wholly owned subsidiary of Aurora Flight Sciences, a Boeing Company, established in the Canton of Luzern, Switzerland in 2013. The company conducts upgrade and support projects for Aurora customers in Switzerland and throughout Europe, as well as managing a European prototype engineering team that conducts research and development for worldwide Aurora projects. Aurora Swiss Aerospace draws on over 30 years of experience that Aurora has in the development, design, manufacturing, operations, and support of advanced Unmanned Aircraft Systems. For more information, visit www.aurora-aero.ch.